Putting the next step in new water


Mohammad Asif Reyaz
In past Brahmins used to live in parts of Kashmir. They were of many sections (gotras), including Kaul, Bhat, Raina, and Saproo etc.

The first Prime Minister of India Pandit Nehru was from Kaul section, while the great Urdu poet Allama Iqbal who is also called Shaire Mashriq was from Saproo gotra. It is said that Saproos are of Iranian descendants. They were called Shahpore in Iran migrated to India and called Saproo.

The great Urdu poet Allama Iqbal has written that his father used to say that “Saproos’ are the descendants of those Kashmiri Brahman families who were first to learn Persian and other Islamic studies, during the Muslim rule. ‘Saproo means a person who is first to learn a new thing’’۔

Now back to the point! People in our country are frequently seen asking questions like why Brahmins are always in the leading role. Why they lead instead of being led?  Before asking this question I think one should know that to lead society or a nation one requires knowledge. He who keeps increasing his knowledge is better fitted to lead a nation or a society. Since Brahmins are able to do this they are always in the leading role. If you take note, you will get the fact that Brahmins are always ahead in learning anything that is new.

History suggests that there was a time when Muslims were leading in acquiring knowledge and hence leading the world. They were so fond of learning new things that they used to put their lives at risk! Nothing seemed to stop them from learning and acquiring a new knowledge!

An event from history

In Andalusia (Spain) there used to live a man known as Abbas Ibn Firnas. He was an inventor, physician, chemist, engineer, musician and Arabic-language poet.
Some seven centuries after his death, the Algerian historian Ahmed Mohammed al-Maqqari wrote a description of Firnas that included the following:

“Among other very curious experiments which he made, one is his trying to fly. He covered himself with feathers for the purpose, attached a couple of wings to his body, and, getting on an eminence, flung himself down into the air, when according to the testimony of several trustworthy writers who witnessed the performance, he flew a considerable distance, as if he had been a bird, but, in alighting again on the place whence he had started, his back was very much hurt, for not knowing that birds when they alight come down upon their tails, he forgot to provide himself with one”.

This was the spirit of learning! Muslims in the past were always ready for doing new experiment even death could not deter them from doing this. In the word of an Urdu poet, they were always ready to put their feet in new waters. Agla Paun Nae Pani Main!

Where everybody is fighting against everybody

What was the situation when Muslims in the 13th century entered the world which is today called Europe? To understand the real situation in Europe I would recommend you to read a Russian commentator’s words. His words have been taken as reference by Professor Thomas Arnold in his famous book The Spread of Islam in The World. Read the comments:
“Without the fear of the law an empire is like a steed without reins. Constantine and his ancestors allowed their grandees oppress the people, there was no more justice in their law courts, no more courage in their hearts,  the judges amassed treasures from the tears and blood of the innocent,  the Greek soldiers were proud only of the magnificent of their dresses. The citizens did not blush of being traitors; the soldiers were not ashamed to fly.”
“At length the Lord poured out his thunder on these unworthy rulers, and raised up Mohammad whose warriors delight in battle, and whose judges do not betray their trust.”
Spread of Islam in the world: page No 148
This is the first part of the story, now read the second part of the story.
Now that, European powers have entered the world which is called Muslim world from Syria to Iraq to Afghanistan, what is going on there? To know the real situation of Muslim world again read another Russian commentator, this time Russian Prime Minister Dmitry Medvedev.
“It would be impossible to win such a war quickly, especially in the Arab world, where everybody is fighting against everybody." Russian Prime Minister clarified on Muslim world while talking to a local newspaper.
Surely history repeats itself. When Muslims were of a good character, they were getting the results accordingly. But when they became as corrupt as early Christains and Jews they got the same result as they had got. And in the words of Russian commentator:
“The Lord poured out his thunder on these unworthy rulers.” It reminds us that, “You reap what you sow.” And of course Muslims are no exception to this universal truth.
شائع کردہ بذریعہ Asif پر 6:20 AM کوئی تبصرے نہیں:

Two stories from Sicily to Sindh

Muhammad Asif Reyaz
Abu Rayhan Muhammad ibn Ahmad Al-Biruni , was a man of great knowledge. He was well versed in the Physics, Mathematics, and Astronomy he had also distinguished himself as a historian and chronologist. He was well versed in different languages like Arabic, Sanskrit, Persian, Greek, Hebrew and Syriac.
In 1017 he travelled to India to learn about Hindus and discussed with them questions of religion, science, literature and very basis of their civilization. He remained in India for 17 years studying and exploring these subjects. After learning everything about India he wrote the most famous book named Tarikh Al-Hind (History of India) , also known as Albiruni ‘s India.
Reading this book, you will come across many interesting stories. Here I am mentioning you two stories from the book that I find very interesting.
The first story is related to Sicily presently with Italy. And the second is related to Sindh presently with Pakistan.
When Muslims at the time of Omayyad Caliphate won Sicily, they found an idol there. That Idol was very beautiful and shining. That was made of gold and diamond. When this Idol was brought to Caliph he saw it and said; this is of no use for me, send it to Sindh the Raja of  Sindh who is Hindu will buy this paying handsome amount of money and so happened. The Idol was brought to Raja of Sindh and he bought it paying very big amount of money.
The second story is about Sindh. When Muhammad al-qasim won Sindh and he entered Multan. He found the city thriving and economy there was very much flourishing.
He asked people the reason of the city’s prosperity. He was informed that this is because of Adyttya Devta. Where is this Devta? he asked. He was brought to Adyttya Mandir. He saw the Devta and said; let it be remain here, let it be preserved for it will ensure our economy going.
This shows the pragmatic approach of earlier Muslim leaders. Their decisions were smart, efficient, and compassionate.
In comparison, today’s Muslim leaders lack this quality and hence don’t receive the same respect as their predecessors did.
شائع کردہ بذریعہ Asif پر 4:42 AM کوئی تبصرے نہیں: 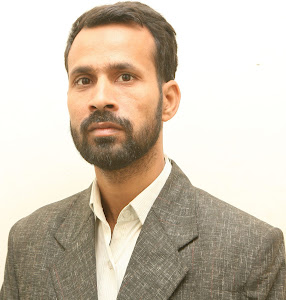